Additionally, he was the face of the global British luxury lifestyle brand Belstaff. Naomie Harris is a critically acclaimed actress in film, television and theatre. Harris graduated with honors from Cambridge University with a degree in social and political science, and then trained at the prestigious Bristol Old Vic Theatre School.

Who Can You Trust With The Truth?

For Marvel he has played Dr. Erik Selvig four times, in two installments each of both Thor and The Avengers. He also played Bootstrap Bill Turner in the Pirates of the Caribbean franchise, and was one of the potential fathers in the wildly successful Mamma Mia! A teenage star on Swedish television, he spent 16 years with the Swedish Royal Dramatic Theatre and has appeared in more than 80 films.


You can form your own view. Subscribe now. Shape Created with Sketch. Films to watch in Show all The Coen brothers' latest film might be their most ambitious yet. Telling the story of a Hollywood fixer struggling to keep A-listers in line, it has a movie within a movie, an amazing cast, and, judging by the first trailer, some luxurious visuals.

Comic book superhero movies have been getting slowly more self-referential and self-parodic lately, and Deadpool looks to be taking itself even less seriously than Guardians of the Galaxy or Ant-Man. It looks as though fans will finally be getting the comic book-faithful, foul-mouthed version of the character they wanted, but it remains to be seen whether Deadpool will actually be funny, or just descend into toilet humour.

The long-awaited sequel will no doubt do well at the box office, but I'm not sure if the fashion industry is as fertile for satire now as it was in , and the trailer relies too heavily on honouring old gags rather than creating new ones. A new film from Terrence Malick should have been a huge cause for celebration, but Knight of Cups has been swimming in post-Cannes purgatory for months now. In March it will finally get a theatrical release. Starring Christian Bale, Cate Blanchett and Natalie Portman, it sees a man return home from New York and get sucked into the hollow hedonism of LA, fighting to extricate himself from it.

The wind seems to have gone out of the sails of the Man of Steel series in spite of the addition of a new Batman, and there's a more palpable anticipation for Suicide Squad which arrives later in the year.

Our Kind of Traitor: how not to do a John le Carré adaptation - review

Coming off the back of multi-Oscar winner Boyhood, this Richard Linklater film looks a lot like Dazed and Confused if it was set in the 80s, albeit pitched more towards comedy. Disney is trampling on its own hallowed ground with this live action remake. Platoon director Oliver Stone takes on a very important and timely story.

But can he make it entertaining the way The Big Short did with the financial crisis? 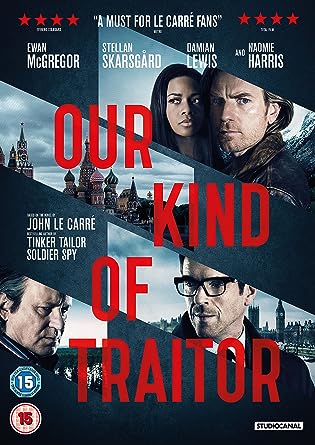 Every cast member you would expect will be back to collect their paychecks, which might require a crane. It's expected to have an anti-SeaWorld message, which should make it strike a chord with parents as well as children. There's still a lot of love for Roald Dahl's stories, and this one is being adapted by none other than Steven Spielberg. There hasn't been a huge amount of buzz around it but it's early days, and Mark Rylance is an interesting casting for the titular Big Friendly Giant. There's a lot of expectation on director Damien Chazelle's shoulders following the success of Whiplash, one of the smallest films ever to have been nominated for a Best Picture Oscar.

La La Land will certainly be different, a musical comedy-drama about a young pianist and an actor played by Ryan Gosling and Emma Stone respectively. This is something of a question mark. On one hand, it's landed a cast of incredibly funny actresses, but on the other, another reboot? There's also thought to be a very meta all-male version in the works from the creators of Jump Street, set in the same universe as Men In Black no less. Expect major face-palming from Trekkies in July.

Hopefully the new TV show will offer something a bit less action-orientated and a bit more cerebral. The Bourne series completely went off the boil with Jeremy Renner as its lead, but now both Matt Damon and original director Paul Greengrass are back to steady the ship. This might well be Jason Bourne's last outing, so I hope they send him off in style. Harley Quinn was one of the most popular Halloween costumes this year, despite the holiday falling months before the release of the film she's in.

That says a lot about the hype over this comic book adaptation, which revels in the villains rather than the heroes for once and sees Jared Leto step into Heath Ledger's size 58 boots as the new Joker. Friendly-looking dad named Chesley Sullenberger who saves a plane load of people? Tom Hanks is your guy. Clint Eastwood will direct this biopic, about an airline captain who was hailed as a national hero in the US after successfully executing an emergency water landing on the Hudson River off Manhattan. It's and Bridget is now pouring her soul into an iPad rather than a diary.

This sequel might perfectly skewer the frustration of growing up in an increasingly youth-orientated world, or it might just serve to tarnish the originals like with Sex and the City 2. I'm not convinced there's the demand for Westerns that Hollywood seems to think there is.

That book everyone was reading on the commute inevitably makes it cinemas in October, with Emily Blunt playing Rachel Watson, an alcoholic whose husband left her for his mistress, and who witnesses a murder and starts to realize that she may have been involved in the crime. Rowling makes her screenwriting debut adapting her own book here, with a film that takes place in the Harry Potter universe but is well removed from Hogwarts.

Disney is releasing a Star Wars movie every year between now and This first standalone 'anthology' film centres on a Death Star heist, but may prove to just be filler while Star Wars 8 is in production.